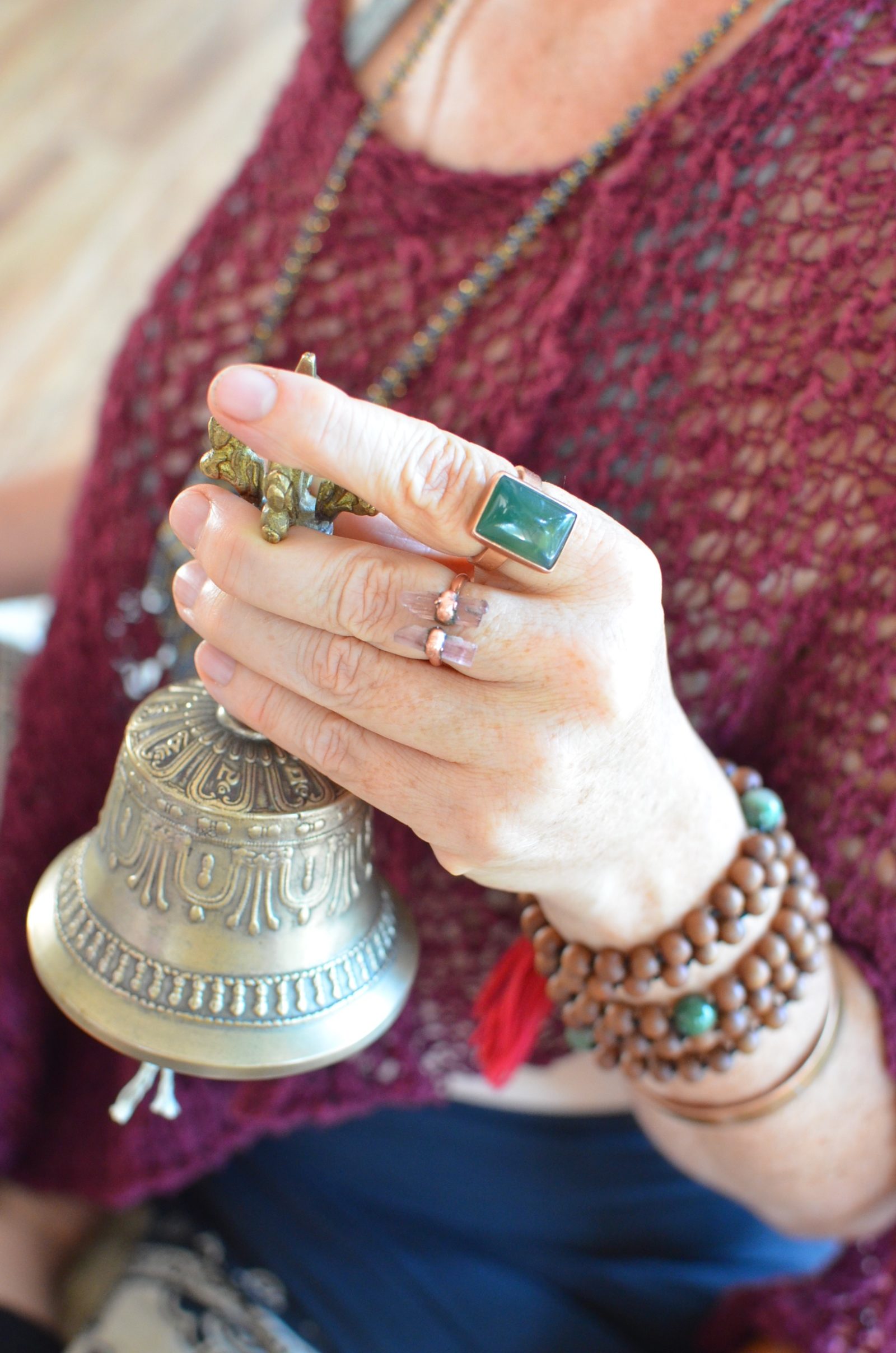 On Valentine’s Day, 2003, I was in a courtroom I often appeared in to testify as a Child Welfare Worker, in front of a judge I had often spoken to about the welfare of the families I was serving in Marin County for the Department of Child and Family Services. But on this day, I was not there representing the county. I was there representing myself. I knew several lawyers who had offered to show up and support my case, but it was so toxic I wanted everyone I knew to be as far away from it as possible. So, I was there on my own.

I was in court fighting to uphold the restraining order I had taken out against my husband, who had become addicted to meth-amphetamines and had all but destroyed our home and most of our possessions.

It had long been unsafe for me to be in my own home, which I was the sole provider for. The lease was in my name and it was part of my now almost unrecognizable husband’s plan to force me into being legally and financially responsible for his meth binge as he holed up, creating booby-traps and literal toxic waste it would take me a month and over $1,000 to clean up.

I was having panic attacks.

Not only was my personal life becoming a full on nightmare – watching someone I deeply love being lost to drugs, losing most of my possessions, and unable to live in the home I had to work a full time job to pay for – my job as a social worker was intense. I had two, yes two, families I was helping who had a parent addicted to meth-amphetamines. When it rains, it pours!

I had to tell two little girls under the age of 11 that they were going to be put up for adoption because their mother couldn’t pull herself out of the grips of this horrifying drug. I had to inform a wife that she and her husband may lose custody of their children because he tested positive, again, for this ominous substance.

Did I mention I was having panic attacks?

Several times a week, I would sit in my car, or have to come all the way home to sit and breathe, meditate, and allow the overwhelming sense that I was going to die calm down so that I could think straight and show up in a good way to protect the children on my caseload, and to take care of my own life that was getting the “Kali Etch-A-Sketch shake-down” as I would later call it.

It was during this time, that the Sacred Feminine, in the form of Kali Ma, started to speak to me. She told me: “Do not let yourself respond in fear. That will only feed the story of fear. Do not respond to Dan’s (my husband’s) toxic threats and behaviors, no matter how frightening.” Then she showed me a chess board and I saw how someone else’s world that is structured in drug-addicted delirium, or even just lost in fear-based/survival-based thinking does not require my personal response. She showed me how my behaviors and responses can either focus on creating something helpful and healing, or it can feed into the misaligned, misinformed, and fear-riddled game plan of a diseased mind, validating it, making it more powerful, and putting me at the disadvantage of always being a step behind the game-master who had created this dystopian labyrinth.

It was really scary to trust this voice that said “Drop into meditation and prayer and move the way Source is guiding you. Do not move in the way of fear.”

So I had to take a moment, many moments, in fact, to calm myself. I had to give myself time to tune in and listen to the voice that comes from Everything that is Greater than me that wishes me well. From that reverent, humble, and curiously open state, I started to receive information about what to do. What was the best next step I could take? I was being shown in moments of stillness and silence.

Most of the time, it had nothing to do with the threats and the invocations of fear coming at me from my husband, who had gone into a paranoid schizophrenic-like delirium, and fueled by being a student of war strategy from many different traditions, as well as a master at chess and a Dungeons and Dragons. He had fallen into a very dark rabbit hole and was creating a painful game and my instructions were to not let any of it faze me, and to not validate the game by stepping onto the game board.

I would get information from my time at my altar. I would do what I was “told,” and each step of the way, from getting the restraining order, to my appearance in court, to what I said to my co-workers, friends, and family  . . . it was all guided by something far beyond my fears and my ego. It was unfamiliar. It was not my ego or my fear. It was wisdom from Source.

What I noticed was that things went amazingly well. Each of Dan’s moves, strategically set up to trap me in some way, were thwarted by the fact that I wasn’t on his game board. He didn’t own the real estate of my life. He wasn’t one step ahead because I wasn’t on the same road. He couldn’t best me at the wrestling match, because I wasn’t engaging with him on the mat. I wasn’t predictable in my actions because I wasn’t reacting to his threats. I was divergently listening to something greater than his toxic stories.

I was engaging with Everything that is Greater than me that wishes me well, and I was being guided through the lens of love, compassion, truth, and beauty.

The judge sitting across from us only gave Dan a couple of minutes to speak his wild stories before he upheld the restraining order and dismissed the case. The officer on duty in the courtroom, who had heard me testify many times to defend children’s safety now mouthed the words “I’m so sorry,” with an authentic look of heartbreak and pity on his face.

Since then, I have been committed to listening to “Source” as my guiding light. I have also been committed to helping others to do the same – accessing the “Open Source” that is there when we can hear something more refined than the loud booming of the fear and survival-based programming of the subconscious.

There is SO MUCH INFORMATION out there about everything. So much is helpful. So much is NOT helpful.

There are people who have helpful information and communicate it wrapped in anxiety and paranoia and it spreads toxic energy that is harmful and can make it difficult to unwrap the hard shell to discover the helpful gift inside.

It is so important, now more than ever, to make sure that, in addition to helpful, accurate, and current information, we are also spreading helpful ways to stay peaceful and mentally and emotionally well on the inside. Our health and well-being is more than just our physical bodies and medical status. This virus is NOT an isolated, disconnected incident. It is part of a whole momentum that, if handled well, can lead to deeper connection, great learning, and social evolution. If not handled well, it can be blown up into something even worse than it already is, and we will lose much more than we already have.

It is important to be safe, be well informed, and to take care of ourselves and our community through responsible action. The only way to have a clear head about how to respond best is to drop into a place of love, kindness, and dedication to being of service beyond our own personal stories, fears, and survival programming. Listen to the people you know and respect personally. Share in best-practices conversations with family, housemates, neighbors . . .  Now is the time to build the bonds with those we are closest with and to create alliances with like-hearted and like-minded communities to support each other on how we best serve.

I saw much of what is happening now in a vision about 10 years ago. What I was shown is that helping others to drop into an empowered place of peace and calm and making decisions as unencumbered from fear as possible, is essential.

My whole Noble Purpose is based in helping others to dismantle and deprogram the fear-based, survival-based behaviors that are in control of 90% of our decisions, behaviors, and thoughts. What I know for certain is that fear will always steer us off course of the elevated path to health and thriving. Regardless of what truths are woven into the fear, the way that accurate information is pieced together, communicated and shared has fundamental flaws when controlled by limiting fear formulas whose pre-destined outcomes are . . . manufacturing more fear.

Anyone who feels confident in sharing accurate information about best practices should also take it upon themselves to share it in a way that attends to the whole health and well-being of our human reality.

Action is important. Action inspired from internal peace, calm, centeredness and presence is much more effective, reliable, and helpful than a quick and panicked reaction.

As we spread information to be of support to each other, let’s remember to attend to the WHOLE of our human experience. Mind, body, and spirit. It is all connected, it all matters, and it will be much more helpful if the helpful information is delivered with presence and calm.